Rosendale Called Out for Disturbing "NO" vote on anti-trafficking legislation 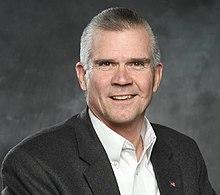 Montana’s largest newspaper published an editorial on the importance of

New Hampshire Senator Maggie Hassan to Headline 42nd Annual Mansfield-Metcalf Dinner
Helena, MT – The Montana Democratic Party today announced that New Hampshire Senator Maggie Hassan, one of the only two women in American history to be elected as both Governor and Senator, will be the keynote speaker at the 42nd Annual Mansfield-Metcalf Dinner in Helena on Saturday, February 29, 2020.

“We’re thrilled to be welcoming Senator Hassan to the Last Best Place,” said MDP Executive Director Sandi Luckey. “Throughout her career as a state legislator, a Governor, and a U.S. Senator, Hassan has been a national leader in fighting for affordable healthcare, quality public education, and an economy that works for everyone. Elected three times in a battleground state, Senator Hassan knows what it takes to bring people together to get things done for her constituents — just like our own Senator Tester and Governor Bullock.”

In 2016, Senator Hassan was elected to represent New Hampshire in the United States Senate. She joined Senator Jeanne Shaheen as one of the only two women in American history to be elected as both Governor and Senator.

The 42nd annual Mansfield-Metcalf Dinner will be held at the Lewis and Clark County Fairgrounds on Saturday, February 29, 2020. General admission tickets for the dinner will go on sale Tuesday, January 28 at noon MST, and can be purchased through the Montana Democratic Party website.